Sunday Post feature on yours truly, Shark Alley and the wreck of the Birkenhead by Sally McDonald

They call it Shark Alley – an area of water off chillingly named Danger Point and the hunting ground for the world’s densest population of deadly Great Whites.

But the 643 British sailors, soldiers, and families travelling on board the troop ship HMS Birkenhead could not have known that – until their vessel struck a rock and sank. They had been on their way to South Africa’s Algoa Bay at Danger Point near Gansbaai, 87 miles from Cape Town.

With too few lifeboats on board, the men stepped aside to make sure the women and children on board were saved. Just 193 survived.

The tragedy that unfolded ­during the early hours of February 26, 1852, was once heralded as one of the world’s most outstanding examples of supreme courage.

But literary historian Dr Stephen Carver – who is writing a new history of the wreck – fears the bravery of the hundreds of Scots on board has been all but forgotten. And, as the 168th anniversary of the tragedy looms, he wants to ensure they are remembered.

The Norwich-based academic, who has family north of the border, said: “There would have been at least 200 Scots on that ship. It was carrying the 73rd, 74th and 91st Regiments of Foot – now the The Black Watch Royal Highland Regiment, The Royal Highland Fusiliers and The Argyll and Sutherland Highlanders.

“It was two Scots ­officers who saved the day. Both realised the lifeboats would be swamped, and gave the word to “stand fast”. One went down with the ship. The courage they displayed inspired every redcoat to stand firm, saving every civilian life on board.”

Dr Carver today opened his research to The Sunday Post, and shared stories of the great Scots on board; heroes like 19-year-old Ensign Alexander Russell, a boy from Glen Almond, snatched by a shark as he saved a drowning man.

Dr Carver – who penned the novel Shark Alley based on the tragedy – pointed to a memorial to some of those lost that stands at St Giles’ Cathedral in Edinburgh. He said: “I want the Scots on board the Birkenhead to go down in history with all due prominence…”

You can read the full article here

You can buy Shark Alley on Amazon 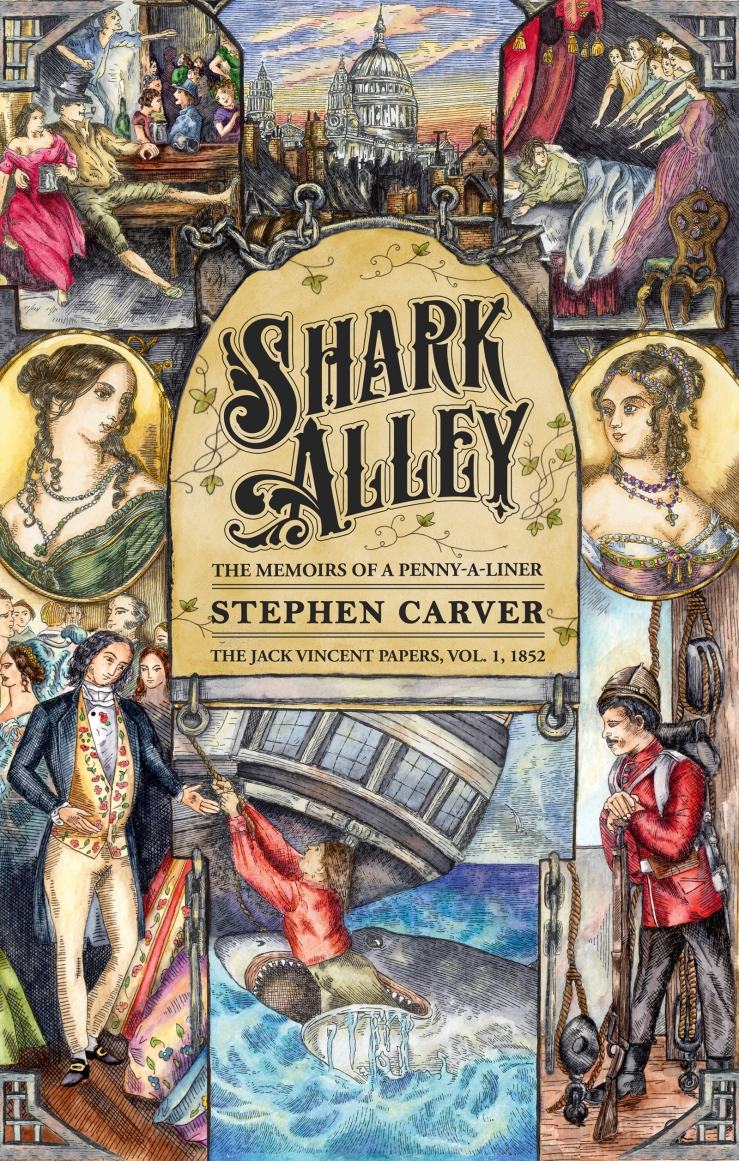