This is something else about me, which I hope you don’t mind. I am actually writing something about literary agents right now, so watch this space. More creative writing tips coming, I promise. Anyway, I don’t normally go on about this, but I do have several auto-immune problems, a by-product of which is Alopecia Universalis. This is why I look the way I do; it isn’t some sort of fashion statement. In fact, a couple of years back I looked like this: 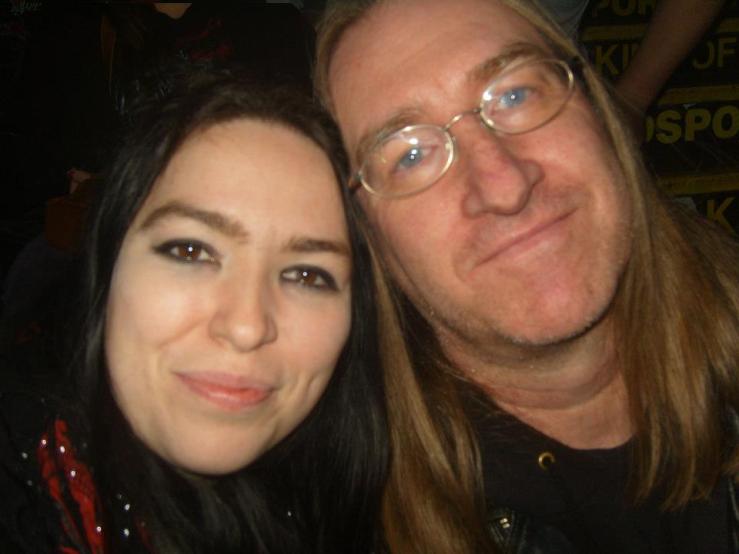 Anyway, as part of a campaign to raise awareness, and also to share information and support others coming to terms with the condition, Amy Johnson, the Communications and Fundraising Manager at the very wonderful Alopecia UK, asked me to contribute my story to their website. People seem to like it, so here it is…

I had bald patches in my beard for two or three years, but I wrongly ascribed them to previous laser treatment and ignored them. As I preferred to be clean-shaven anyway, they didn’t cause me many problems. In the autumn of 2013, I started to get terrible allergy flair-ups, accompanied by infections I couldn’t fight off. After three courses of antibiotics in a row, my wife noticed a coin-sized bald patch on the back of my head. It grew back by Christmas but early in 2014, after another round of antibiotics, my hair started to fall out in handfuls. In just a month, the hair on my head was pretty much gone and by the summer of 2014 my entire body was as smooth as an unfinished waxwork and my nails were as thin as paper.

Initially, I was horrified. I’ve always had issues with my physical appearance, and wasn’t enjoying the aging process anyway, but I was happy with my hair. I’m a biker, and I kept it long for years. As for the rest of me, I used to be as hairy as a tarantula. I was running my own business and had a young child so I just had to suck it up, shave my head, ignore mirrors and get on with life, but I was very upset. I was angry, too, because I thought this was a medication side-effect, though this was never proved one way or the other. I also had bigger problems, because the allergies and infections were getting worse. Longer term, this triggered a major period of severe depression.

My GP surgery wasn’t much help, although I like my GP and am well aware of the stress the practice, and the NHS as a whole is under. I remember having a phone consultation sitting at my desk, with hair falling out onto the keyboard, and being told that I was ‘already going a bit thin on top’ and that hair loss was ‘not a medical emergency’ so the doctor wouldn’t see me about it in person. It was very humiliating. About six months after the symptoms first showed, my wife stormed to the surgery and demanded an appointment. I was then provisionally diagnosed – not with ‘alopecia totalis’ as I had a few eyebrows left at that point – and referred to a dermatologist.

I had two appointments with the Dermatology Department at the local hospital. The first was very positive and supportive, the doctor thinking I might be having a medication reaction and promising to ‘find out what happened.’ This translated into a blood tests (which came back clear) and a consultation with a different doctor. He wasn’t much use. He actually said ‘It’s a bit like cancer, we don’t know what causes it, we just focus on treating the symptoms.’ (I’m an academic, so I like to know why stuff happens.) He told me to avoid wigs and just ‘do a Bruce Willis,’ offering the strong steroid cream and ultra-violet burning to stimulate hair growth, while conceding that neither treatment was likely to achieve much in this case. I’d done enough homework to know these had little chance of working, and didn’t want to risk anything that could scar me and make me look worse. I was discharged, and the guy subsequently wrote to my GP that I had ‘refused treatment.’

I remember the initial hair loss well because it all happened between my fiftieth birthday at the end of March, 2014, and our wedding anniversary at the end of April. In that month, I went from thinning hair on top to great continents of baldness. We tried a buzz-cut at first, but this didn’t disguise the big, empty patches on the top and back of my head. I tried a few hats, which didn’t really suit me, and then, before our anniversary, I shaved my head. At that point I was still hanging on to the idea of medication reaction, so assumed it’d probably grow back at some point. It never did, and by June most of my body hair was also gone and my nails were getting alarmingly soft.

On a practical level, the soft fingernails and loss of eyelashes really got to me. I think the way alopecia progresses throws you, because just as you get used to one change, another comes along. So I had shaved my head, which I hated, but accepted because, in the very useful words of my father-in-law, ‘you can’t do anything about it,’ but then it became obvious that I didn’t get to have manly stubble either, then my eyebrows went, which really upset me – my features just felt so blank and exposed. I am very pale, not in great shape, and I needed that body hair to cover it! I remember constantly breaking my nails, and them going soft and painful when wet, and thinking I didn’t care about anything else as long as they grew back. They have, so I try to count my blessings. The eyelashes make motorcycling difficult sometimes, because nothing’s protecting my eyes. Similarly, I feel the cold a lot more, and no body hair has made me incredibly sensitive to a lot of my clothes. I quite literally do not feel comfortable in my own skin anymore.

Overall, of course, the biggest struggle is in coming to turns with an entirely new physical identity. I look completely different. I used to look like John Lennon: long, straight sandy hair, little round glasses. I felt so self-conscious I became quite agoraphobic. I work from home, so aside from taking my son to school I could stay in for days on end. If I went out I hid behind baseball caps and sunglasses. I was never good-looking, and despite the support of my wonderful wife, I felt hideous. I avoided mirrors, and hated being photographed. I also sunk into terrible depression for about a year. Finally, it bothered me a bit that none of my friends really took it seriously. Even now, some of them still equate it to age and just ‘being bald.’

The unwavering support of my wife, Rachael, and my son, who did not bat an eyelid when my appearance changed, has helped me come to terms with things. It’s also got easier as time has passed. My life is so busy professionally and domestically that I don’t have time to dwell. (I was writing a book when this started, and getting lost in that got me through many a bad night.) I also saw a very good ‘Wellbeing’ therapist on the NHS. In terms of getting to like myself again, inasmuch as embracing the new look, I found switching to heavy-framed, designer glasses helped a lot, as well as losing the hats in favour of just being craggily bald. I got into body art seriously as well, and getting tattooed was certainly a turning point. I was also put in a position in which I had to get out more. My wife, with whom I ran the family business, got a full-time university job and I took over the school run just as our son started his reception year. I felt so self-conscious, but realised quite early on that none of the other parents I was getting to know thought anything of my appearance. I also finally embraced social networking – I’d been blogging for a couple of years but avoiding Facebook – which meant even if I ducked mirrors I had to look at pictures of myself. I’m not going to say I love how I now look, but it’s nowhere near as bad as I initially believed. Basically, I think I’ve grown into the new me.

My advice to anyone struggling is to hang in there. You can feel like yourself again. It just takes time. Use the Alopecia UK network. You don’t have to deal with this alone. Try not to do what I did and avoid mirrors and photos. This slows down the adjustment. Also be aware that an appearance-altering condition is going to effect your self-esteem and therefore create some very negative thought patterns. Don’t trust your own view of what you look like. Other people aren’t seeing you the way you are. Also, you are not your hair. Don’t wait for it to stop or reverse either. This could be something you have long-term so the path to emotional recovery is acceptance. Try different looks and read some style advice because a lot of your clothes and accessories might not suit your new appearance, and you can feel better about yourself with a bit of a makeover. Experiment, too, and go with what works for you. You are still you, and you’re beautiful. It doesn’t matter what age you are, or gender, or body type. You are unique and interesting and gorgeous, and don’t you forget it!

Dr Stephen Carver is a literary historian, freelance editor and occasional novelist. For sixteen years he taught literature and creative writing at the University of East Anglia (where he also took his doctorate), spending three years in Japan as a professor of English at the University of Fukui. He left UEA in 2012 to become Head of Online Courses at the Unthank School of Writing (a post he held until retiring from teaching in 2018), and to work with The Literary Consultancy in London, with whom he remains affiliated. He has published numerous academic articles and is the biographer of the Victorian novelist W.H. Ainsworth. His short stories have appeared in Not-Not, Cascando, Birdsuit, and Veto, and his first novel, Shark Alley, was published in 2016. He has just published a history of the 19th century underworld for Pen & Sword, and is under contract for a further book called The Author Who Outsold Dickens. View all posts by Stephen Carver

2 thoughts on “My Alopecia Story”